How could Red Dead Redemption 2 improve on PC? 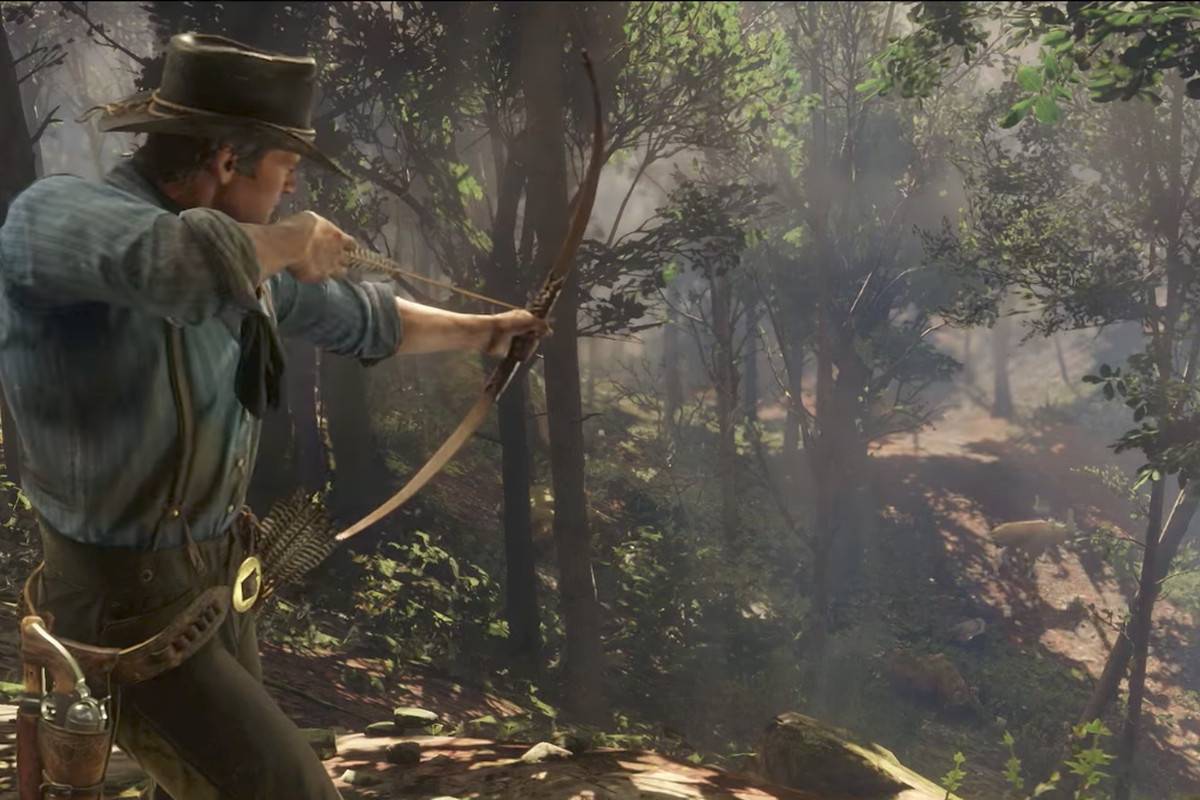 How could Red Dead Redemption 2 improve on PC?

This article already appeared at the end of October 2018, however, it remains relevant today. We started with discussing the PC rendering API that will be implemented. This, just like a number of other PC enhancements, still awaits confirmation, but the fact that the game will be available on Stadia serves as a proof that it is likely that a Vulkan-enabled version of the game exists, and players may expect to get their hands on it one day. We’ll share the news with you as soon as we learn more.

Will Red Dead Redemption 2 have a PC version, and in such case, what sort of visual enhancements can we expect from Rockstar? In fact, current console versions are equipped with high-end techniques sometimes thought to be exclusive for high-end PC GPUs, so it seems there are not too many options. And we must keep in mind the fact that Rockstar hasn’t confirmed any PC version, despite the hopes given to us by a data dump of the RDR2 mobile companion app .

On the other hand, it’s fair to admit that if a PC version does come out, based on the former Rockstar products we may guess that the developer will not rush and make effort to make the most of the advanced technology – which of course means rendering API. Grand Theft Auto 4, Max Payne 3 and the late port of GTA5 all were very advanced compared to their console counterparts. Certainly, GTA4 could do better when it comes to attaining higher frame-rates, but their graphics and scalability are truly amazing. For all of these releases the company used of what was at the time the most advanced rendering API. GTA4 did not support DirectX 10, however both Max Payne 3 and GTA5 use DX11 – the games scale pretty well, and multi-core CPUs enable players to achieve high frame-rates that everybody wants.

The companion app data dump only hints at DX11 support, howevert DX12 or Vulkan has the possibility to significantly decrease the rasterisation costs, or allow a larger diversity and scales of onscreen objects. As you know, on PC, players could really increase the values, and get a much larger amount of detail into the distance, as a result, the CPU utilization skyrocketed, which is something a lower-level API could look into. Right now the console versions of RDR2 already offer a satisfying level of detail distances and detail transitions – but there is still room for improvement as far as PC is concerned.

Anti-aliasing is another area of Red Dead 2 that could be upgraded. The companion app data dump talks about TAA and FXAA graphics possibilities as well as ‘SAA’, which is a novelty – (could it stand for SSAA – super-sampling?). The RAGE engine has served for multi-sampling anti-aliasing support – MSAA – much longer compared to a number of other engines, it could even offer support in a case of such a sophisticated renderer as GTA5’s. The companion app data dump gives clues to possible retirement of MSAA, but if it is not the case, it could be useful in helping with the general stability and detail of geometric edges. It could also help with upgrading the quality of transparency effects on certain fine elements, such as leaves and hair.

Something that can be taken for granted are general enhancements to the PC space, such as improved resolution as well as frame-rates, with RAGE providing support for unlocked performance. Anisotropic filtering definitely need to be addressed, because at the moment it is still a weak spot of consoles. Forced GPU control panel settings, as well as an in-game option would be a good way to ensure a better quality on a PC version.

And then it is hard to speculate any further, because often things we expect to see in a PC release are actually already present in the console versions. Per-object motion blur is a thing that sometimes appears only in the case of PC releases, but it’s there and function s well in all console versions of RDR2. PlayStation and Xbox support contact hardening shadows, which before was only available as a n advanced and exclusive feature in GTA5’s PC version. The number of shadow-casting lights could be an area for development; however, we must admit it already high enough on the console version. Something that could still be improved is perhaps adding muzzle flash shadows that appear when weapons discharge.

Could levels of tessellation be increased? And let’s not forget exclusive parallax mapping… This is certainly an interesting point, however, the console version is already an extremely parallax occlusion mapped game. This is precisely why it hard to go further in this area – the console versions are already extremely advanced. Even the cloud simulation is incredibly good on the console builds. It’s doubtful whether the PC release could go further at all, save a few additional bells and whistles alongside arbitrary resolution and frame-rate support.

We have to agree that Rockstar indeed tend to push on PC and ray tracing has the potential to offer customers something quite special, particularly because the studio has already cooperated with Nvidia on vendor-specific features. But what ways can one use ray something like Red Dead Redemption 2? We can check out other games to get the idea of which implementation would be the best choice. For instance, the reflectivity approach in Battlefield 5 wouldn’t be the best option: Rockstar’s open world is mostly full of organic materials. Without a significant number of large metal or plastic structures, ray traced reflections wouldn’t do much for the image compared to games where action happens in the future or with more artificial structures. It would work on water surfaces or mirrors, but there are not many of them.

Shadow of the Tomb Raider RTX concentrates a lot on shadow support using ray tracing, however, this game has enough shadow casting lights as well as a type of contact hardening shadows. What could be better are probably small shadow details that sometimes have minuscule inconsistencies. But all in all, it would require a lot of resources for insignificant visual return. Global illumination is definitely where ray-tracing has the potential to have a significant effect.

Looking at the art of the game and the emphasis on natural terrain and landscapes, I could not help but think of Metro Exodus, which utilises ray tracing to generate very accurate large-scale bounce lighting from the sun and sky, and the convincing ambient occlusion and indirect shadows that happen as a result of that. In the case of Red Dead Redemption natural light reflections are the main type of lighting in the game, as players seldom find themselves in an enclosed area with zero natural lighting. True, the game employs a sort of baked indirect lighting, but it is static and could benefit from more fine grain fidelity that comes with ray tracing, so this is definitely an area for improvement.

The outdoors rendering at the moment lacks locality, when zone silluminated by sun light do not reflect light into the areas of shade right away. Naturally, in this case Rockstar would see area for improvement as the hybrid ray tracing technology can definitely make things better here. Ray traced global illumination is a good way to eliminate inconsistencies.

Another thing that could be improved would be the user interface and usability/accessibly options on the front end I it is still far from perfect on the PC version of GTA5. Players can only edit fields after clicking on them, and have to look for the highest preset and thus may end up unintentionally missing it. Furthermore, frequently long restarts are often inevitable, there is no preview text or images to describe the changes made, and on top of that, it costs 30fps when not in game. It would be great if Rockstar could take example form Ubisoft’s menu system for its PC titles, where a number of such issues are resolved efficiently.

And when it comes to the companion app data dump, we’ve heard rumors about key PC features, Oculus Rift support among them. However, whether these features are really going to see the light of the day is too early to speculate. Let’s not forget certain legacy items in the dump as well, such as Nvidia TXAA support, which may not in fact be of much use when there is Rockstar’s own TAA, not to mention that it is reliant on MSAA anyway, and MSAA is no longer in the picture, as it seems.

Judging from the timing of previous Rockstar PC versions, it is likely that fans are going to need some patience before they get any port. And then how much the developer can enhance any already nearly perfect Xbox One X port beyond frame-rate remains to be seen. The ray traced global illumination we’ve witnessed in Metro Exodus via Nvidia RTX is something that could make a huge difference. We would love to discover to what extended distance rendering can enhance or even completely transform an open world that is already impressive.